When I think back on the miles we have put in since our last zero day, I can’t help but to smile in remembrance of the amazing memories we have made…and that is a really good feeling.

Since our last zero in Daleville, the terrain has been preeeeetty crazy. There were a few stretches of really nice, easy miles that we cranked out in record time, but there were also a few sections that kicked. our. butts!!!

Usually, speaking from past experiences, our moods kind of mock the terrain – we are at our highest on top of peaks filled with beautiful vistas and at our lowest as we trudge down into valleys where we know we’re just going to start climbing again. BUT, the past 200 or so miles have been really different for us.

We have somehow, 800 miles later, fallen into a really great groove of knowing when to encourage each other to keep going and when we must stop short of preconceived mileage goals to protect our bodies. It’s been a really fun process of learning to read one another and becoming the complete support system that each of us needs while we are out here! That’s what your first year of marriage is all about, right? 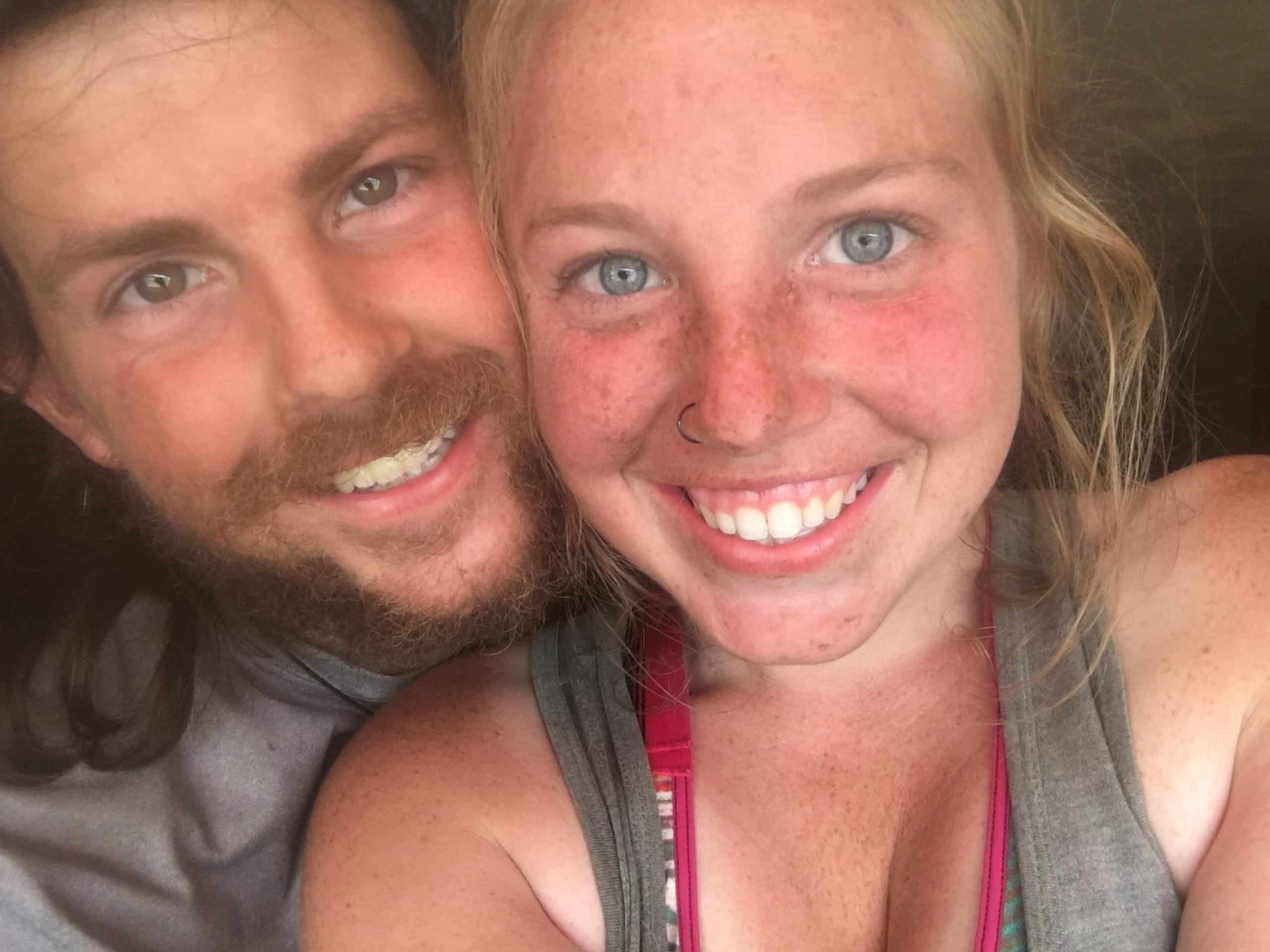 Anyways, the terrain in Virginia has been a complete surprise to us. Before we got here, so many people told us how flat Virginia is and how we would be able to amp up the mileage significantly once we got here. While they were right about (maybe) 100 miles of Virginia, the other 450 miles are pretty much a roller coaster!

In the past few days, we climbed four HUGE ascents – all gaining about 3,000 feet in elevation – and had several really long descents to top ’em off. There are two mountains, the Priest and Three Ridges, that are known to be fairly daunting to complete and they owned up fully to their reputations! With a 3,000+ foot descent turned immediately into a 3,000 foot ascent, you’d think it would make for a pretty rotten day out here. But I have to say, I think it was that very day when I first realized how much the mountains have taught us as man and wife.

For some reason, we never really talk much on here or to others on the trail about being newlyweds or what exactly it is like to spend our first year of marriage on the trail. Most people say something like, “wow, some honeymoon” or “you’ll either love each other or never want to see each other again after this,” when we say we were just married, but I think this has truly been the best thing for us. 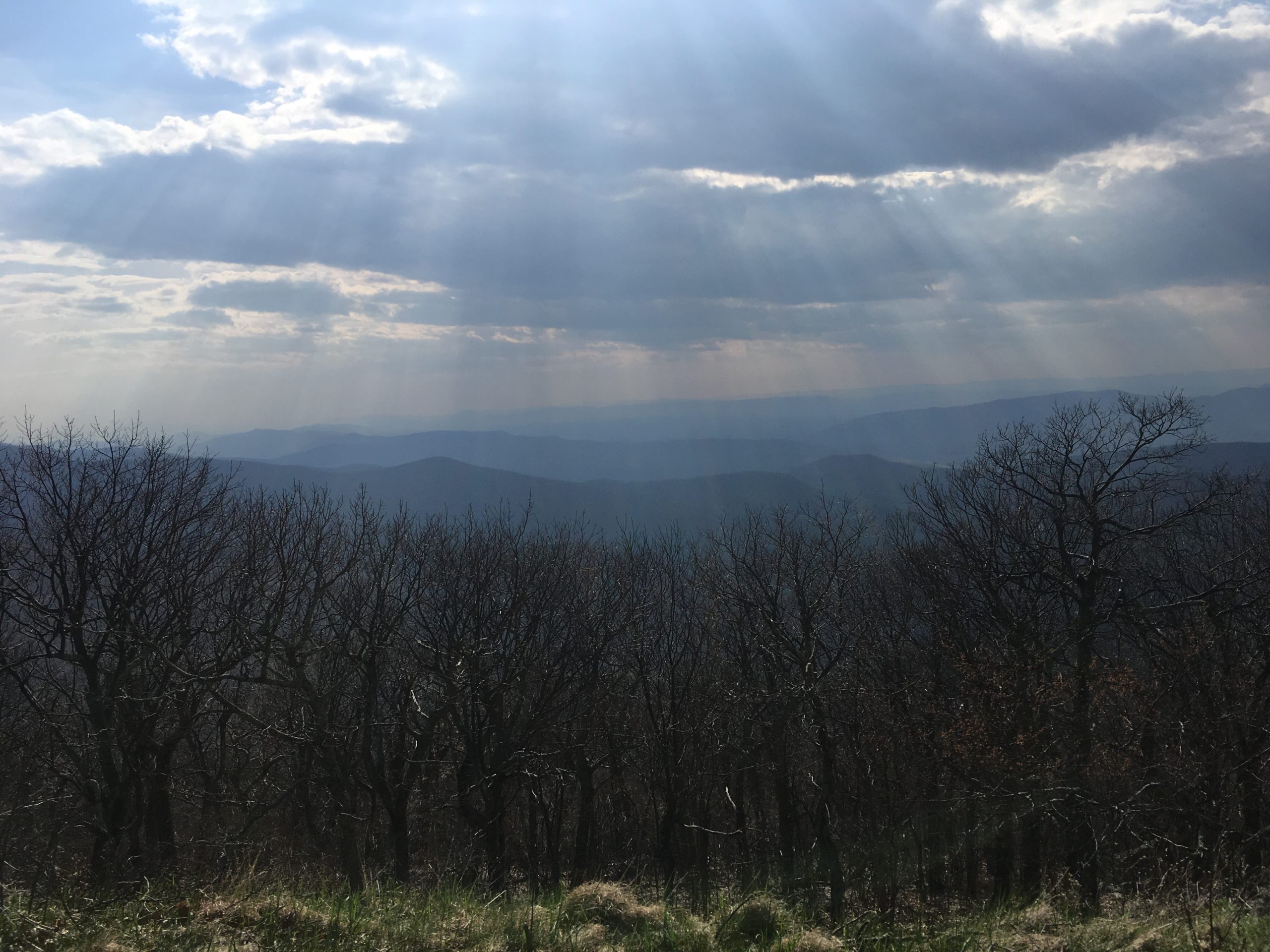 It’s hard. Being with your new spouse 24-7 sounds like a dream, and it definitely is, but it is really hard work. Logan and I have had to learn how to work through things in ways that are unnatural to us, support one another in ways that don’t make sense to us, make decisions based on the reality in front of us instead of our idealizations, have difficult discussions without losing our cools, etc. The list could literally go on and on and on…
I’ll be really raw with you for a minute. In a previous post we announced that we will not be pursuing grad school this fall and that reaching that decision was fairly difficult. What we didn’t mention were the really long, really dramatic and really selfish conversations we had leading up to that decision… Or that we had a thirty minute “battle” standing in the middle of the trail as it was pouring down rain, where we both lost our tempers and ended up hurting one another pretty badly, before we realized what we needed to do.

While that “battle” was really rough and not a proud moment in our marriage, the trail paused with us and allowed us to duke it out before we continued forward which is exactly what we needed at the time. And the lesson we took away from that conversation was much, much needed.

Logan and I… We’re dreamers.

Of course we are, right? I mean we’re hiking the freaking Appalachian Trail!!
But somehow, during our trek, we had lost the significance of dreaming with each other – not trying to somehow merge one another into our previous dreamt-up dreams.

Thankfully, we have arrived back in our blissful, idealistic mindsets and the world is our oyster yet again. Each mountain climbed, each mile walked is inviting us into a new dream and we are enjoying it so very much!

That’s what we have discovered Our Trail is all about – learning about, learning with and learning from each other every step of the way.

Sometimes that means finding ways to be calm when really important gear is lost or sometimes it means recovering joy in one another after a defeating day, but once you realize your goal is to learn in every moment, it’s hard not to enjoy yourself.

Hey all! Logan here to offer my brief anecdote to Morgan’s beautiful piece above. 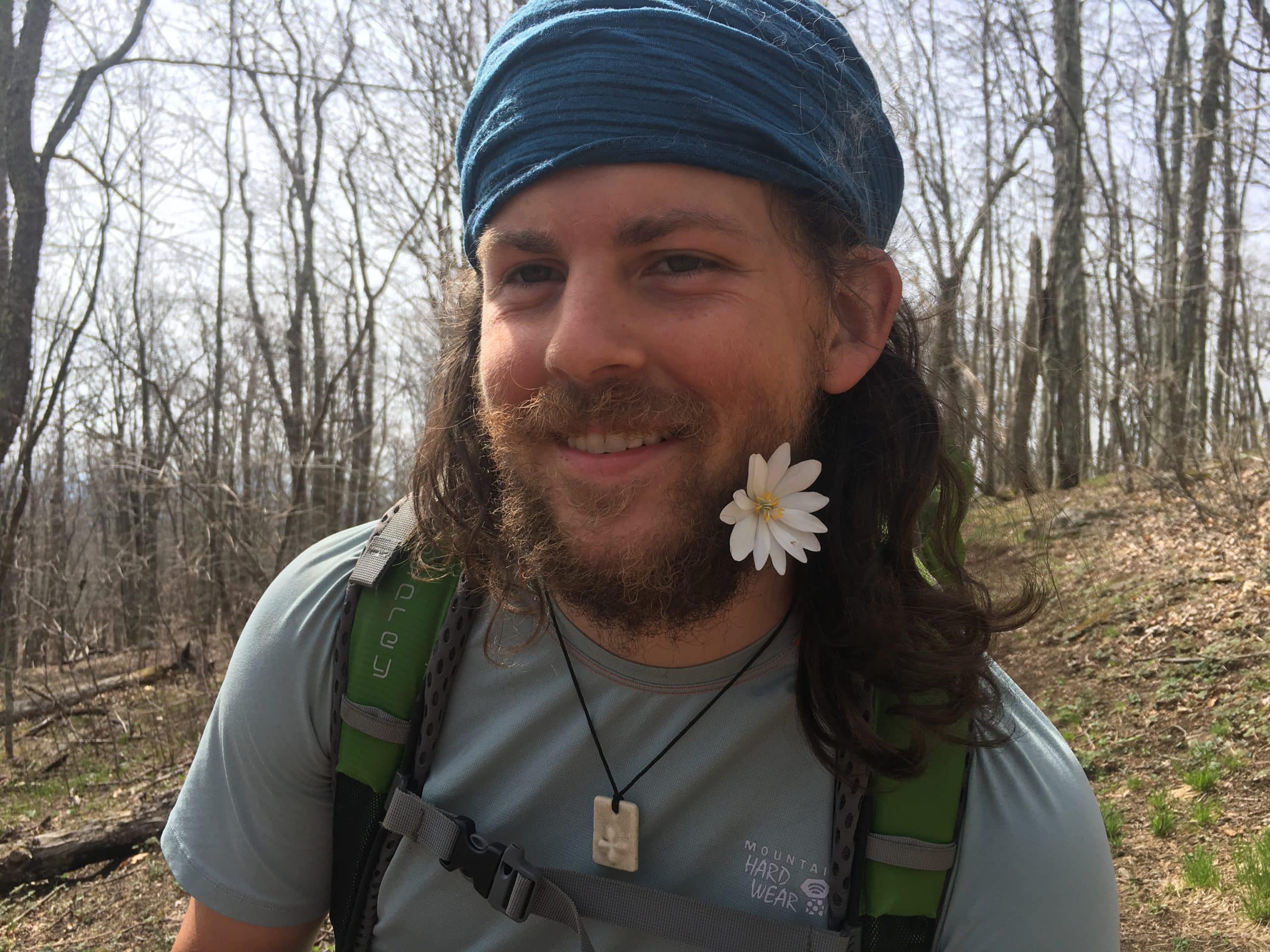 The other day, I lost our Sawyer Squeeze water filter. Now, this would not have been such a big deal if we had a back up way to filter water AND if this had been the first time I have lost something of significant value on this trip. Unfortunately, neither of these things were the case. We had no backup and, yes, I have lost other pieces of gear along this beloved trail.

To complicate matters, I did not realize I had lost the filter until we had already hiked five miles from where we started the day. With no way to filter water, we were met with the unpleasant reality of having to retrace our steps in the hopes of (maybe) finding the filter. When we realized this was the case, we reacted in two juxtaposed ways.

When the reality smacked me on the backside of the head, I yelled out, ” I quit! I’m done! I can’t do this anymore!” After a brief panic attack, I looked over to Morgan.

I mean, I could tell she was frustrated with the situation, but she was not mad or mean-spirited. She did not rake coals over my head and she did not lose her temper in the slightest. On the contrary, she acted with great poise and with a gentle voice she reassured me that “everything is going to be okay.”

After retracing those five miles and hiking back to the nearest road without finding the filter, I felt unbelievably defeated.

And there was Morgan.

Composed. Calm. Clairvoyant (as you will soon read). 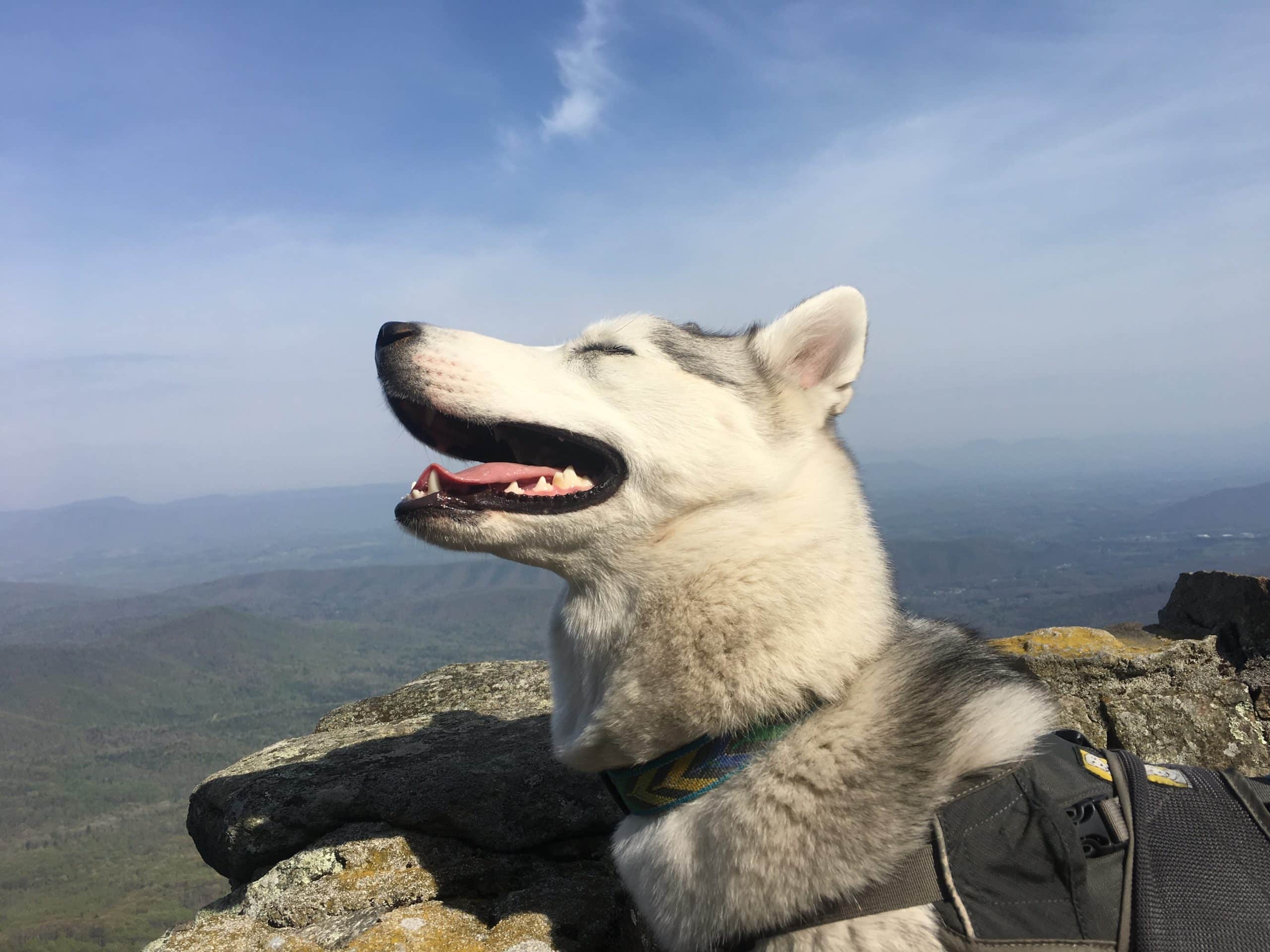 At that road crossing, we ended up meeting the Trail Angels of all Trail Angels. They listened to our situation and treated us with unexpected hospitality and generosity. They just happened to have a Sawyer Squeeze water filter that they gave us. They showered us with cold drinks and offered us all kinds of goodies. And they even took us into town for food and a resupply!

I remember thinking the whole time: “How did Morgan know that ‘everything was actually going to be okay?'” That whole scenario could have gone much worse: We could have been forced to drink dirty water for over 50 miles, which means putting ourselves at risk for contracting giardia. Instead, we met some of the nicest folks in the world and had quite the adventure!
And Morgan seemed to know the entire time.

What I am learning about marriage (and, perhaps, friendship and love in general) is that the person that genuinely loves you often meets you with a surprise. And that surprise is a gift to be received. On the day that I lost our water filter, Morgan presented me with the surprising gift of calming patience. When the world felt like it was crumbling beneath my feet, she offered firm footing without any delay. She kept me on the Trail that day.

And, as always, she was right when she said, “Everything is going to be okay!” 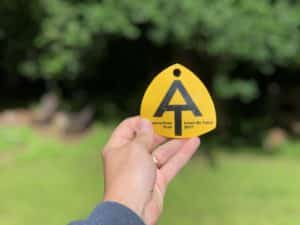 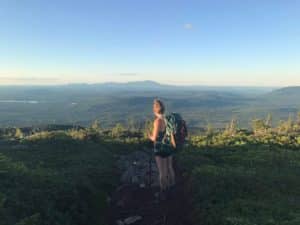 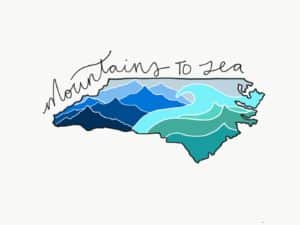 6 thoughts on “Lost and Found”